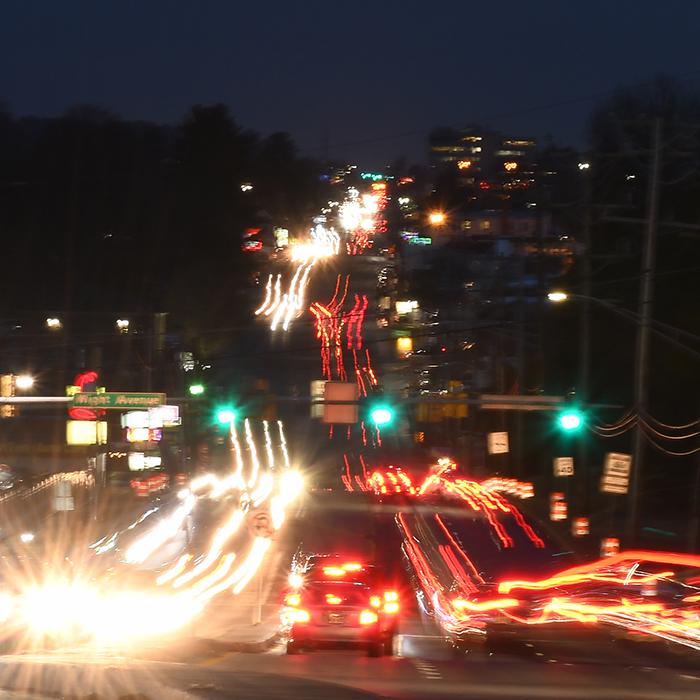 York Road, State Road 45 in Maryland, is one the busiest roads in Maryland. Cars flow in from the north from surrounding counties and back out from the south at the end of the day. Even though the camera was mounted on a video tripod and set firmly on concrete, there was still some camera shake from passing cars.

This week we are focusing on one of photography's big composition tools: leading lines. It is a really strong composition element and very suitable to be one of our first challenges this year. Always keep your eyes open for potential leading lines in your photo shoots because they will help to make your photos pop! To help viewers interact with and understand our photos we can make use of leading lines to: Point to the subject like a subtle invisible arrow saying: 'THIS is the thing that you must look at'. For example a person standing at the edge of a pier. Direct the viewer's eyes onto a vanishing point in the photo. Vanishing points create the illusion of depth in a photo and gives the viewer the feeling that she is IN the photo and not just looking at a flat picture. Think of a path that starts wide and then gradually narrows to disappear into the horizon. Guide the viewer’s eye to move along with the model’s gaze beyond the photo and into the fast forever. Make the viewer's eye slide from one end of the photo to the next like a photo of a spiral staircase. Any linear man-made structures such as roads, bridges, rows of street lights, staircases and buildings will give you an instant line to play with. However, keep your eyes open for less obvious leading lines such as an outstretched arm, diagonal placed cutlery or footsteps on the beach.