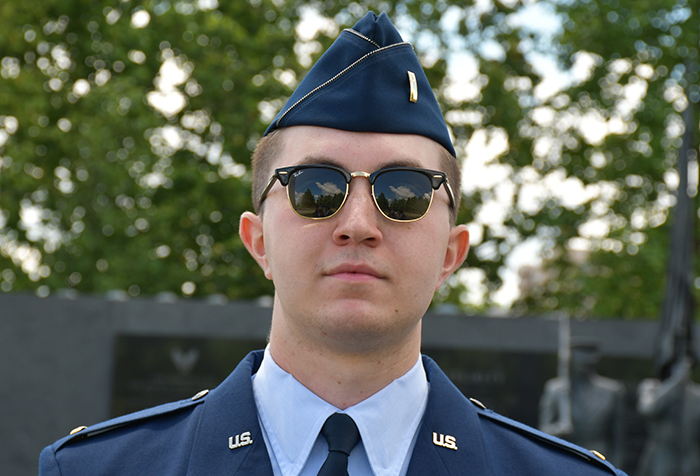 An Oath and Three Bars: From Cadet to Officer

After four years in the US Air Force ROTC program my son took the oath of an officer and received his bars, one per shoulder, and one on his cap, to indicate his transition from a cadet to a Second Lieutenant and now prepares to enter flight school. He, along with more than thirty other young men and women have pledged their talents and lives to defend our nation. We thank them all.

Symmetry in photography is a composition tool used to not only create eye-catching photos but also to add depth and balance to your photos.  Symmetrical balance, also known as formal balance, is created when the two halves of the photo have the same weight. Think for example of a bridge and its reflection in clear water. Or of a front-facing portrait that shows both sides of the face. Symmetry however does not necessarily have to be of an exactly mirrored object. You can also find symmetry in pairs, for example a bride and groom, in leading lines that run parallel, in patterns or repeating subjects such as the columns of a building.