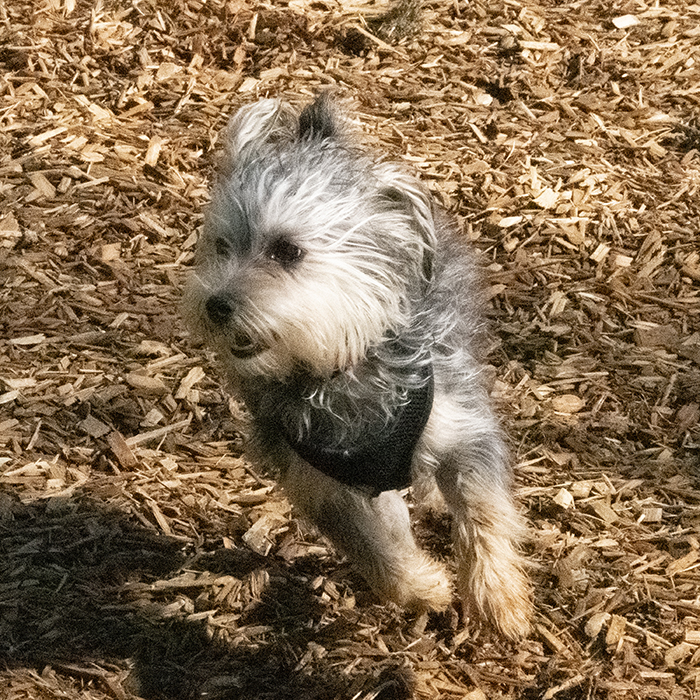 Hard to Stop a Fast Dog

Our morkie, Hemingway, goes to doggy day care twice a week. In spite of his diminutive size, he can outrun all the other dogs. Even at an 8000th of second he can nearly outrun the camera!

Photography is all about freezing a moment in time. And this micro second can actually be controlled by you.. by tweaking your SHUTTER SPEED. Shutter speed is basically a window in your camera, that let's light in the longer it's open. This also controls how much movement you capture in your frame --a FAST shutter speed will freeze movement (think 1/4000th of a second) and a slower shutter speed will blur movement (think 1 second or longer) This week, we want to see you use fast shutter speeds to freeze the motion in front of you. A shutter speed quicker than 1/500 of a second would be a good starting point. What is considered fast really depends on the context of your scene. A racecar on the track would require a faster shutter speed to freeze the action, than a person walking on the street. Keep in mind that the faster the shutter, the less light you are letting in, so you may have to shoot outside while sunny, lower your aperture number, or raise your ISO, in order to properly expose for your frame. Add more light to a scene, if needed, with strobes or a lamp, and don't forget to have fun! Mobile phones and point and shoots (do people still use these), put your setting into "sport mode" and shoot in mid-day, and your camera should automatically adjust to a very fast shutter speed.