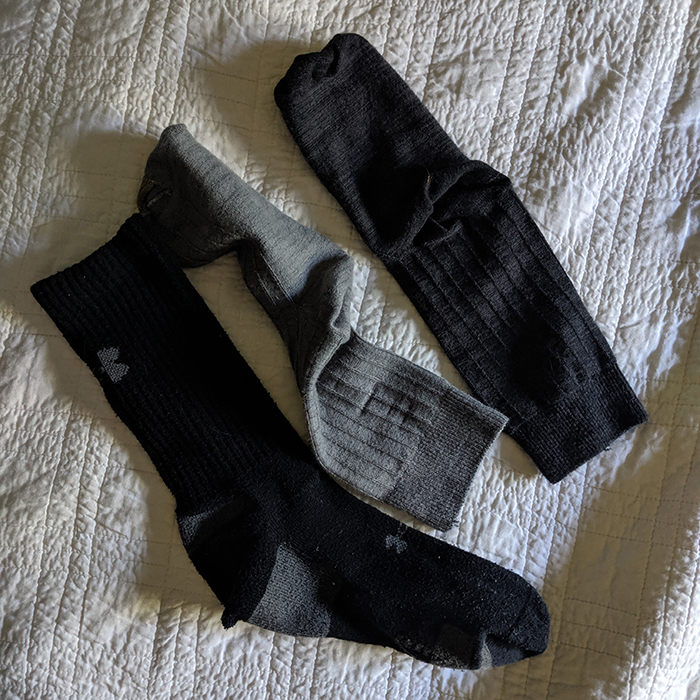 Bottom of the Basket

Where do they go? If we only could know.

The “rule of odds” is a composition guideline that is generally more prominent in art and design but totally works for photography too. This guideline states that an odd number of subjects (three, five, seven, and sometimes nine) is not only more appealing to the viewer but that it also allows for more interesting ‘shapes’ to be created such as triangles and pentagons.The rule of odds is often used with subjects that repeat themselves such as three flowers or five band members but your subjects do not necessarily have to be the same. They just have to come together as a unit. Think for example of a cup of coffee, a muffin and a teaspoon (mmm..happy place). The rule of odds and the rule of threes are often used interchangeably since a grouping of three is the most popular odd grouping you will see in photography. You can use the rule of odds effectively for more than three subjects but its best when the subjects are more similar in shape and position, for example, fighter jets flying in formation.