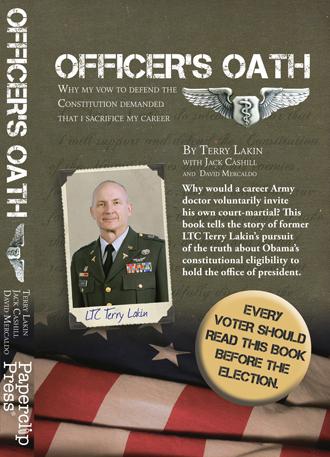 OFFICER'S OATH is a story that everyone should read.

It is not a 'birther' story. It is, rather, the story of a man who made a principled decision to adhere to the oath he willingly took as an officer in the United States Army. It is a story of the personal consequences of that decision and the far-reaching effect it has had on the eligibility issue.

Jack Cashill, author of numerous books, assisted Terry in telling his story. David Mercaldo, a New York-based author, has interviewed and written vignettes of the many people who contributed to Terry's case. A number of notable individuals have also contributed essays on key subjects relating to the issue.