Maryland's Charles Town 1742 and Beyond 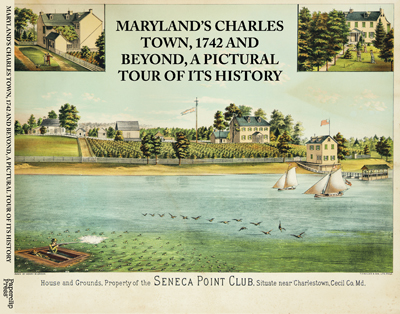 When the author was twelve years old, his father took my brother and me on a weekend hunting trip to Elliott’s Island, Maryland. His dad was not a hunter, but many of his friends were. He says, "I will never forget the proprietor of what was later named the Mertle Gray Gunning Club, Sam Kenney, telling us that whatever we shot, we ate. That being said, Pete Malloy cooked us muskrat and wild duck for dinner that evening. The older gentlemen were kind enough to take us duck hunting that season; it was then that I first placed my hands on a decoy. I remember thinking that there was something special about that object, and that feeling never left me."

"I do not consider this book to be, by any means, an academic work, nor do I consider it to be a “decoy book.” Rather, it is my attempt to simply introduce this little town to those who might care, and provoke an argument with our neighbors in Harford County, as to where the first decoy capital of the world was located."