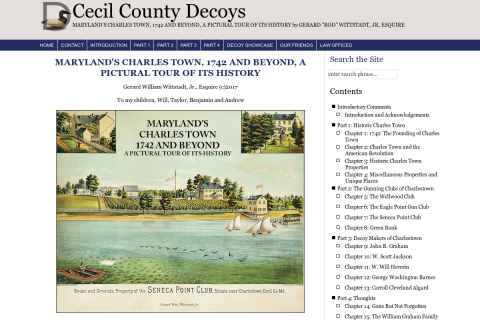 FROM THE SITE: When I was twelve years old, my father took my brother and me on a weekend hunting trip to Elliott’s Island, Maryland. My dad was not a hunter, but many of his friends were. I will never forget the proprietor of what was later named the Mertle Gray Gunning Club, Sam Kenney, telling us that whatever we shot, we ate. Pete Malloy cooked us muskrat and wild duck for dinner that evening. The older gentlemen at Elliott’s were kind enough to take us duck hunting that season; it was then that I first placed my hands on a decoy, and I remember thinking there was something special about it. That feeling has never left me.